Ratmansky’s “Odessa” is back at NYCB for just a few performances. I wasn’t allowed to review it last season because I’d watched a couple of rehearsals (company policy). So I was glad to revisit the ballet—which caused some controversy—and get to think about it again.

I got to watch Julio Bocca and Alessandra as they coached a group of students of the Jacqueline Kennedy Onassis school in a scene from Kenneth MacMillan’s “Romeo and Juliet,” a ballet they danced together countless times. I wrote about it for the New Yorker Culture Blog.

Dance season arrived last week with a vengeance. Suddenly there is just too much to see, too much to choose from! Here are a few of the things I’ve caught around town:

Christine Shevchenko of ABT went from her first lead to principal status in a single season. How does that happen? I tracked the process for Dance Magazine’s Oct. issue. Great pics by Kyle Froman. 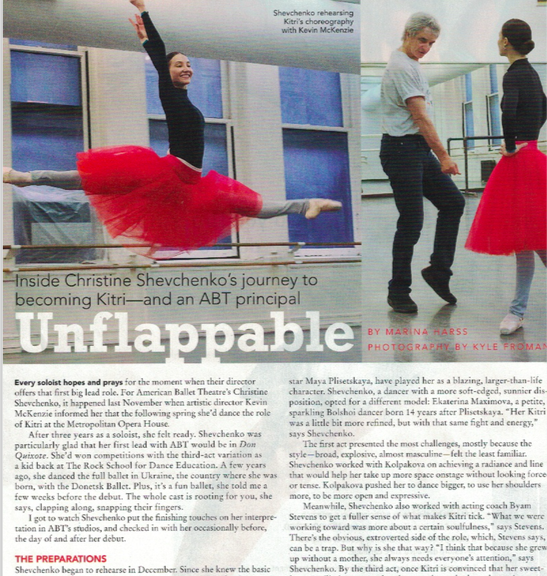 Troy Schumacher has three pieces coming up in Oct. We spoke about the advantages of being busy for the Oct. issue of Dance Magazine. 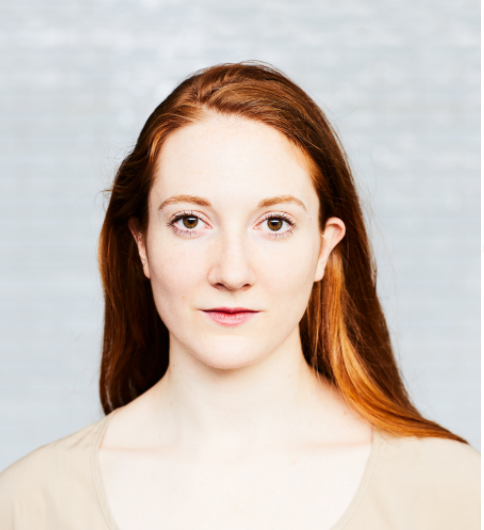 This is a portrait of Breanna O’Mara (by Claudia Kempf) of Breanna O’Mara, part of a new generation of dancers who are beginning to fill the ranks at Tantzheater Wuppertal Pina Bausch. A full 15 of the 36 dancer joined after Pina’s death. This week, the company is coming to BAM to perform Café Müller and The Rite of Spring. (O’Mara will dance Pina’s role in Café Müller 9/19-20.) For the Times, I spoke with O’Mara, the legendary Nazareth Panadero, and Tsai-Chin Yu about what it’s like to dance these works after Pina.

Wrote a piece for the Revista Teatro Colon—my first time writing about dance in Spanish!—about what we can learn from ballet reconstructions.