Last week a memorial for Trisha Brown was held at the Whitney. It was a touching event; there were not many dry eyes in the house. There were funny, and moving speeches by Laurie Anderson, Steve Paxton, Brown’s son, Adam, and others. Five dancers performed Spanish Dance, with tears in their eyes. After it ended, a screen rose, revealing the glow of the setting sun over the Hudson.
I put together some thoughts on the event for the New Yorker.

Lincoln Center Festival put together a big show this week: a multinational staging of George Balanchine’s 1967 ballet Jewels, with performances by the Paris Opera Ballet, New York City Ballet, and the Bolshoi. The contrasts were fascinating, and paradoxically, had the effect of focusing attention on the ballet itself, revealing more clearly than ever why Arlene Croce described it as an “unsurpassedbBalanchine primer, incorporating in a single evening every important article of faith to which the choreographer subscribed”. My review is at DanceTabs. 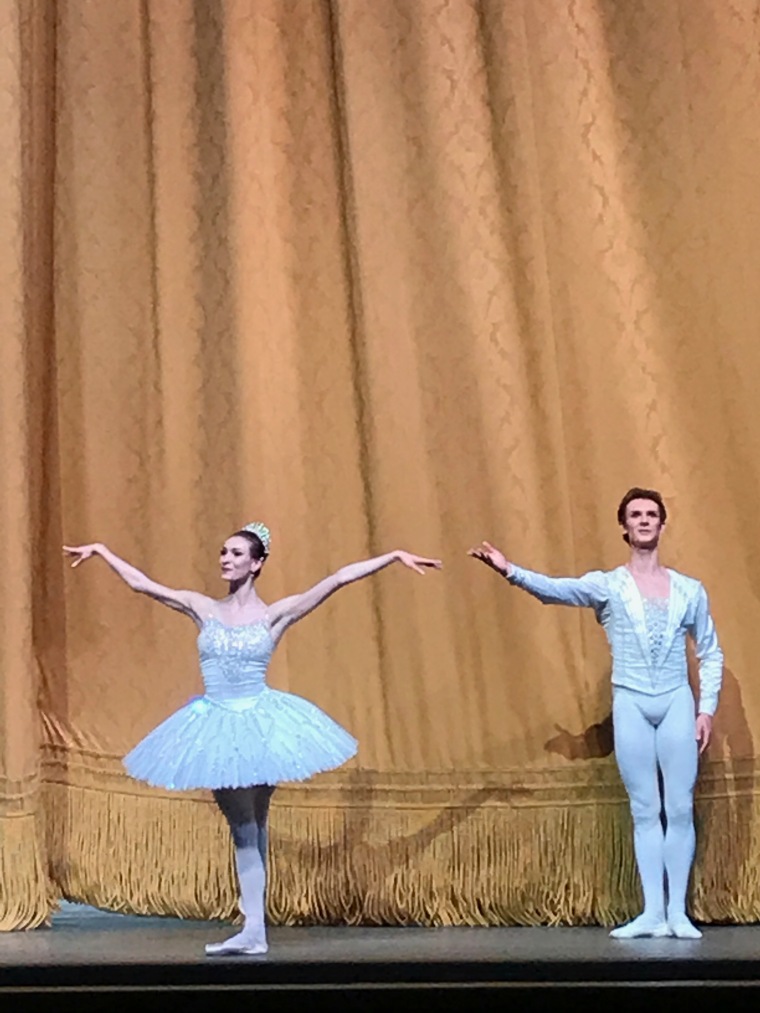 Gemma Bond, whose work will be shown as part of the Joyce’s Ballet Festival (which starts this week) sat down to talk about her choreographic endeavors a few months ago. (This is a preview of that conversation—the full thing is in the August edition of Dance Magazine.) Since then, it’s been announced that she will make a new work for Washington Ballet next year. She’s a thoughtful, quietly determined choreographer with a strong, and unabashedly emotional style. Looking forward to seeing more.

Who would have thought, when Merce Cunningham died in 2009, that his works would be performed with such frequency here in the US and abroad almost a decade later? Much of this activity is due to the efforts of the Cunningham Trust, which periodically schedules workshops in which the Cunningham repertory is taught to a new generation of dancers by those who performed it over the years. I attended the rehearsals for one of these workshops, devoted to Sounddance, in June. The dancers, from Purchase, Juilliard, the Alvin Ailey program, North Carolina School of the Arts, and elsewhere, were incredibly challenged by the work. It was impressive to see them struggle, learn, absorb, and finally master the movement. I wrote about the process for the New Yorker Culture Desk.

This is Patricia McBride, one of the original dancers in George Balanchine’s Jewels when it premiered at New York City Ballet in 1967. There are videos on Youtube of McBride and Edward Villella in Rubies on Youtube. Even today, they look amazingly fresh, fun, teasing, sophisticated.
Next week, fifty years after the premiere, Jewels comes to the Lincoln Center Festival, where it will be danced by three great international companies: the Paris Opera (Emeralds), City Ballet and the Bolshoi (alternating in Rubies and Diamonds). It will be fascinating to see what each brings to the ballet, and whether the idea that Jewels somehow embodies three different ideas about ballet comes through in their dancing.
For the Times, I spoke to three ballerinas—Dorothée Gilbert, Teresa Reichlen and Olga Smirnova—about the various subtexts in Balanchine’s Jewels. You can find the piece here.

ABT closed out the season with good old uncle Pyotr (Tchaikovsky, that is) and some welcome promotions. This image, by Rosalie O’Connor, is from Bronislava Nijinska’s “Porcelain Princesses” divertissement, which was added to Sleeping Beauty (or, as Diaghilev called it, The Sleeping Princess) by Serge Diaghilev in 1921. The witty miniature has been revived by Alexei Ratmansky for Aurora’s Wedding, a staging of the third act of Sleeping Beauty which was part of the Tchaikovsky Spectacular this week at ABT.

My review, for DanceTabs, is here. 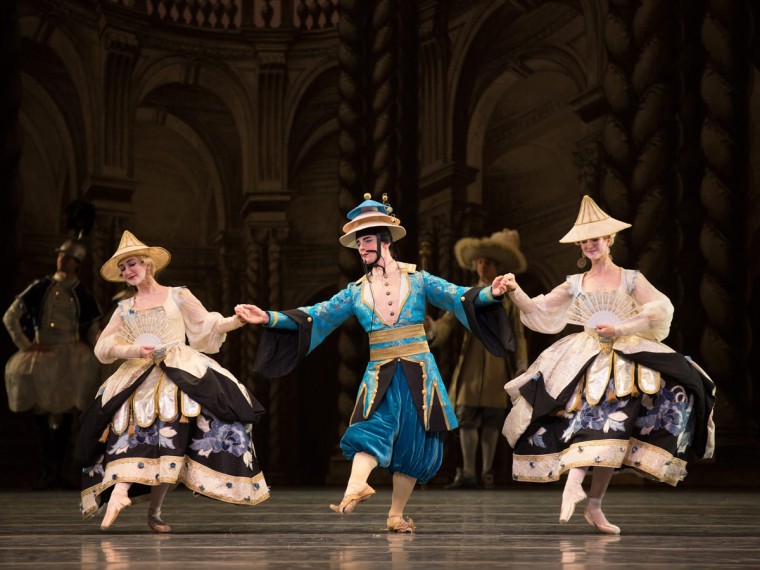